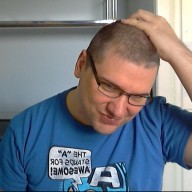 Nintendo announce Skylanders type figurines for Wii U and 3DS

Good news for all Wii U owners. Nintendo are finally going to hopefully start making good use of that funny square stickered part of your Wii U gamepad.

Up Until now Pokemon Rumble U has been the only game to use the NFC feature.

Now Nintendo have announced NFP or NFC Featured Platform of Nintendo Figurine Platform. Which in essence is going to be a range of interactive figures a la Skylanders/Disney Infinity, using familiar Nintendo Characters and IP.

A NFC reader was also announced for the 3DS.

Nintendo’s NFP figures are due out later this year for Wii U, with 3DS versions scheduled for 2015.

More information will be announced at Nintendo’s E3 Digital Event on June 10th.

Coinciding with the release of the new Star Wars Kinect game, this R2D2 / C3PO inspired design is sure to attract a lot of attention (and no doubt be traded on EBay for at least twice the price in years to come!).

This Winter is promising to be a very big one for Nintendo, with it being the first Christmas to be enjoyed by the new 3DS handheld console, and the introduction of a newly redesigned Wii console.

On the 3DS front Ninty is going colour crazy, introducing the Pink 3DS on November 18th, bundled with Nintendogs + Cats, and on December 2nd things for suitably frosty for the introduction of the Ice White 3DS, which will come in a bundle with Super Mario 3D Land.

On the Wii side the classic white Wii, now redesigned to be slightly more sleeker (but losing GameCube compatibility – boo!) will be introduced in a new ‘Wii Family Edition‘ bundle that will include the venerable Wii Sports and Wii Party, and throws in a Wii Remote and Nunchuk set.

A new (Sonic?) Blue Wii console will also debut, this time in a rather lovely bundle featuring Sonic and Mario at the London Olympics 2012.

Nintendo have today announced the release of a new colour for the 3DS console – Misty Pink! (or shocking pink as some might call it).

No prizes for guessing what demographic the pink 3DS is going after, and after the success of the many different colours of the original DS console nobody can be overly surprised at this news, but the timing is perhaps earlier than expected, and is perhaps slightly less ‘newsworthy’ seeing that they announced a similarly coloured DSi XL last week.

Anyway, if a 3DS in pink is what you have been holding out for then be sure to check out the latest 3DS pink prices which will appear as soon as its available in the UK (October 20th is the best guess at the moment).

Following on from the Star Wars Xbox 360 and the Gears of War 3 Limited Editions, Microsoft has today announced that yet another Limited  Xbox 360 is in the works – this time for the best-selling Call of Duty Modern Warfare franchise.

Like the other Limited Editions, the MW3 branded 360 comes with a slightly larger HD than the non-Limited versions, sporting a 320GB HD.

Keep checking back on Console Bundles for more details on the Modern Warfare 360 bundle – including pricing information and a release date when we get it.

0
by admin in Site News

Welcome to the new look site for Console Bundles – the best resource out there for finding the best video game console bundle available to purchase in the UK.

We hope you find the new look site more useful and intuitive than the old one. Don’t forget to subscribe for the latest console news.